Amnesty International is calling on President Obama to make human rights a core part of his agenda this week in Saudi Arabia. 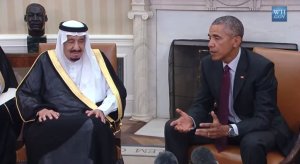 President Obama is meeting this week with Saudi Arabia’s King Salman, along with the heads of state from the Gulf Cooperation Council:  Bahrain, Kuwait, Oman, UAE, and Qatar.

Read our letter and press release.

Over 50 Members of Congress have signed a letter to President Obama urging him to end business as usual with Saudi Arabia’s repressive government and stand up for human rights.  For too long, the U.S. has prioritized politics and oil over basic freedom in its alliance with Saudi Arabia’s monarchy.  The effort has been led by U.S. Representatives Trent Franks, Jim McGovern, Frank Wolf, and Jackie Speier.

END_OF_DOCUMENT_TOKEN_TO_BE_REPLACED

This Friday, President Obama will travel to Saudi Arabia, a country whose government is highly repressive.   But instead of raising human rights, Obama’s trip has been described by The New York Times as focused on “fence-mending.”

This is the wrong approach.

As we say in our Amnesty International letter to President Obama:

For too long, the U.S. has put geopolitics and access to energy over support for human rights in its relationship with Saudi Arabia. As an ally of the United States, Saudi Arabia has been spared the blunt criticisms that U.S. officials make of other governments that commit serious human rights violations.

Want to read the full letter?  Scroll down, or download the PDF.

END_OF_DOCUMENT_TOKEN_TO_BE_REPLACED 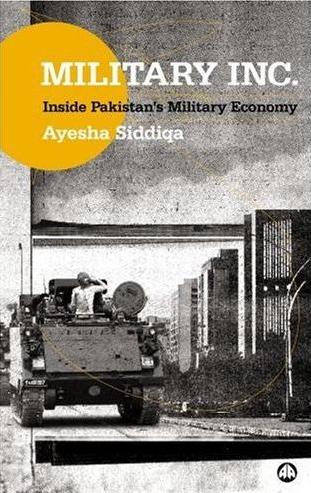 The latest news on US-Pakistan relations shouldn’t surprise anyone. According to the Associated Press, former Pakistani dictator Pervez Musharraf used billions of dollars in US military aid for everything but the paymasters’ intended purpose: fighting Taliban militias.

None of this news, however, is likely to generate much Pakistani sympathy for American taxpayers. What American officials refer to as “anti-American sentiment” is actually a deep resentment of U.S. government involvement in internal Pakistani politics. It is worth noting that U.S. funding for Musharraf marked the third time we have supported Pakistani dictatorship in the country’s 60 years of history.

It is precisely this past that has come to haunt both Pakistanis and Americans today. The intersection of dictatorship and dollars has resulted in a Pakistani military that does not answer to the country’s civilian leadership. Every time American taxpayers financed an alliance with a Pakistani military dictator, we also forced Pakistani reformers to take a backseat.

END_OF_DOCUMENT_TOKEN_TO_BE_REPLACED

CNN.com columnist Ruben Navarrette Jr. is the latest to join the chorus of voices calling on President Obama to get tougher with the Iranian government. While tempting, the CNN commentator’s words fail to consider the legacy of 25 years of U.S. intervention against Iranian democracy.